A MILLION REASONS TO CHOOSE IOS

The iOS App Store contains over one million high quality applications. An abundance of options for productivity, creativity, and gaming means you can play more, do more, and achieve more, every day.

Everything about the iPhone 6s was engineered with precision and perfection in mind. It has a generous, 4.7″ display, smooth edges, and a fast, intuitive interface. iPhone 6s is so well crafted that it’s difficult to tell where the iPhone ends and life begins.

Our unlocked devices are generally GSM & CDMA compatible and will work on all major US carriers (Verizon, AT&T, Sprint, T-Mobile) and most MVNOs. Unlocked devices may not work in non-LTE coverage areas. Learn more

They say an iPhone is supposed to be expensive, and Apple fans will never question that. There’s no denying that the iPhone 6S is a good phone, but there’s also no denying that it’s an incremental update over the iPhone 6. It’s really powerful and the performance is to die for, but if this was an Android phone, we would all have been criticising it.

An argument could be made about the iPhone S having more riding on its shoulders than other ‘S’ devices from Apple. The reason for this is that Android devices, especially those from Samsung, have been catching up.

I recently wrote about how Android is closer to iOS than it ever was, and the fact is that there are just too many OEMs out there with smartphones running on Google’s OS. So, Apple has to hold on to its global market share, which currently, is being threatened by these OEMs. It’s brute force that needs to be reckoned with, and while last year’s 4.7 inch display was an acknowledgement, this year’s 12MP camera is acceptance.

So, does the iPhone 6S do what it’s meant to do? Is everything as ‘rosy’ for Apple as it needs to be? Let’s find out 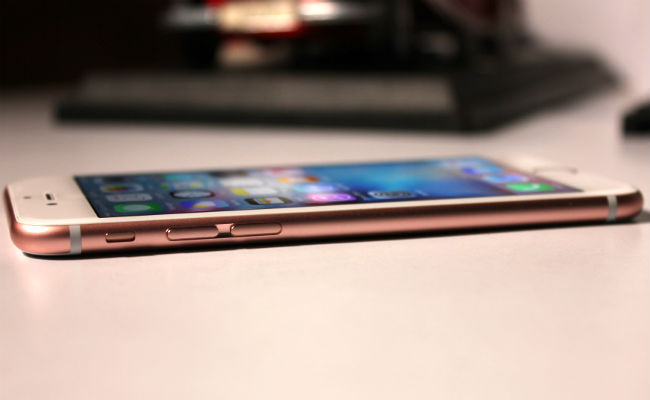 What you see is what you get here, unless you’re an iPhone 6 user. The iPhone 6S looks exactly like its predecessor. I gave the phone to three iPhone 6 users and they swore they could feel the difference in both thickness and weight. In fact, the fact that it’s heavier is more apparent, but what you feel more is the new alloy that Apple has used to avoid bendgate issues. The iPhone 6S feels sturdier than the iPhone 6, and less prone to damage. Also, the phone doesn’t feel as slippery as the iPhone 6 did, meaning you can do without a cover for this one.

₦7,000.00
Read more
Due to fluctuating exchange rate, Our prices may change without notice. Always confirm price before payment. Thank you
close
Toogle Down
Our customer support team is here to answer your questions. Ask us anything!

Sales Enquiries
Away
Welcome To Amaget, how can we help?
Close
Sign in Or Register
x